Bridging the Cultural Opportunity Along the Customer Journey in Mortgage Lending

Bridging the Cultural Opportunity Along the Customer Journey in Mortgage Lending

In 2017, 46.2% of Latinos in the U.S. owned a home—more than 7 million in total. Hispanics are the only demographic to have increased their rate of homeownership for the last three consecutive years.

There’s a common misconception that since the Hispanic population in the U.S. has slowly shifted from first-generation immigrants to their U.S.-born children and grandchildren, Hispanic languages and cultures are becoming less relevant from a marketing standpoint.

In fact, according to the Facebook IQ study conducted by Latinum Network, 80 percent of Hispanic respondents said they didn’t feel the need to stop speaking Spanish to be part of American culture and seeing ads in Spanish versus English significantly increased their interest in purchasing products.

When it comes to buying a home, 25 percent of Hispanic buyers say they would prefer to work with a real estate agent who can assist them in Spanish.

The writing is on the wall – and it’s all about personalizing your messaging to consumers and tailoring the customer experience – sometimes in another language.

Hispanics in the U.S. are still very much tied to their linguistic and cultural roots.

Too often organizations assume they can replicate and implement the same marketing and sales campaigns for this segment of the market simply by translating them word for word. But doing so ignores the often-subtle differences that exist between markets.

Here’s how your producers and their co-marketing partners can capture the Hispanic homebuyer market.

Like English-language marketing, your translations must sell, charm and win over your target market. It’s not enough to translate your website or your marketing campaigns word for word into Spanish.

In fact, doing so can have disastrous results. Marketing campaigns must be adapted for regional – or local – consumption and cannot rely on literal translations, using a process called localization.

Although Spanish may be a common language on the surface, there are actually 21 countries that speak Spanish. Each one has its own dialect and cultural implications. In the U.S., the dialect of Spanish spoken usually differs by region, typically affected by the countries of origin of those that most often migrate to those regions. For example, a heavy Cuban influence in Florida may require a different translation than for Los Angeles, where there is a stronger Mexican influence.

Avoid Stereotypes in Advertising and Messaging

While some marketers and salespeople may view Hispanics as a single demographic group, the reality is that a single Hispanic or Latino consumer may embody a complex mix of cultures.

It may seem obvious, but avoid stereotypes when marketing to the Latino community, instead seeking to incorporate customs and traditions without playing to the lowest common denominator, or worse, committing cultural appropriation. Ensure everything included serves a purpose and can contribute toward a broader cultural context.

To do this, it can help to work with an outside team that has the multicultural insights and experiences to inform, shape and guide the creative process to minimize the risk of backlash during a marketing campaign.

In the same vein as the linguistic and geographic diversity of Hispanics in the U.S. mentioned above, there are also generational nuances when it comes to cultural identity and the decision to use Spanish in marketing campaigns.

For example, a first-generation Hispanic may need a comprehensive email nurture that demystifies the American homebuying process, in Spanish, whereas a second- or third-generation Hispanic may be more familiar with the homebuying process in the U.S. and only require supporting documents in Spanish in the likelihood they seek guidance from older family members. More nuanced still, whether they need it or not, they might appreciate Spanish-language marketing campaigns as many second- and third- generation Hispanics seek to retain ties to their linguistic and cultural heritage. Marketing to these groups should be more about ‘and,’ not ‘or.’

Marketers must offer a true reflection of what it means to be Hispanic in their marketing campaigns, so that they speak to Hispanic traditions and American culture.

Authenticity isn’t a trend. Personalization isn’t a fad. The U.S. Hispanic audience will only gain cultural and economic prominence in the coming years. A strong commitment to serving a diverse population is a business strategy that pays.

Although this is not a definitive guide for marketing to the U.S. Hispanic homebuyer market, marketing and sales professionals in mortgage lending would be well served to remember these best practices as they seek to build relationships with and expand their business to include the Latino community. 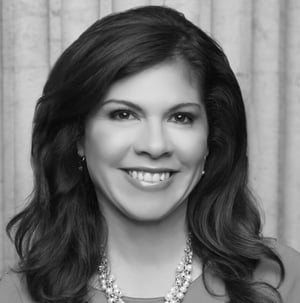 Maria Vergara is an experienced sales professional with 20 years experience in financial services, public relations, non profit management, training and consulting. She specializes in diverse markets, with emphasis in the U.S. Hispanic market and has been recognized for achieving and exceeding sales goals while maximizing profits.